An ideal parity of culture, experience, and unwinding, this 6-day schedule highlights features of the royal city of Marrakech, remembering climbing for the lower regions of the High Atlas Mountains and unwinding in the beachfront town of Essaouira. You’ll wander extraordinary souks in old medinas, find out about customary food, and offer a dinner with a neighborhood Berber family. Investigate exceptionally old seafront strongholds and visit an argan tree helpful where you can get familiar with the oil extraction while viewing the goats brush up in the branches.

Destination: from Marrakech to Atlas mountains and Essaouira.

This Marrakech and Trek in the Atlas Mountains with Essaouira 6 Days itinerary is only suggested, so if you have different travel plans, ideas, please contact us by email or phone and we organize your custom Marrakech to desert tour.

WHAT DO YOU NEED TO BRING?

Marrakech, Morocco’s second-largest metropolis, is also known as the “Red City” (due to the natural red ochre pigment in its walls). After settling into your accommodation, prepare for the shock of vibrant sights, sounds, and smells as you explore this bustling city. To best understand the layout, orient yourself around Jemaa el Fna Square. From here, you’ll find the souks are to the north, the Koutoubia Mosque & Gardens to the west and the Kasbah area with the Saadian Tombs, Bahia Palace, and El Badi Palace are to the south.

For many, the main draw to Marrakech is Jemaa el Fna Square, which begins to fill in the late afternoon with musicians, storytellers, acrobats, dancers, henna artists, and snake charmers. As it gets dark, rows of food stalls will appear, serving anything from full meals to fruit drinks, dried dates, and small snacks. For a more relaxed experience, look for one of the many cafes that sit above the square to enjoy a meal or tea while you watch the show below.

Until the square comes to life later in the day, you can choose from a variety of sights to explore Marrakech:

Other sites in the area include:

Green foothills of the High Atlas

This morning you’ll head one hour south of the clamor of Marrakech to the small town of Amizmiz and the foothills of the High Atlas Mountains. Here you can explore the small market in the old town before heading off-the-beaten-path for a stunning hike.

You’ll be guided by a local mountain expert who will take you through the small roads and mule paths in the surrounding hills. You can choose your route based on how far, long, or difficult you wish it to be, but be aware that the further up you go, the better the vistas.

Regardless of what route you take, you’re unlikely to see any other tourists as you hike between the Berber villages and traverse the gorgeous mountainside. Along the way, take note of local farmers, shepherds, mules, goats, and dogs sharing the landscape with you. Notice how the community here has adapted to the terrain: you’ll see terraced farming plots and small irrigation canals dug along the mountainside, all built by farmers to make this area suitable for agriculture.

You’ll enjoy lunch with a local family who will show you how they bake their delicious bread in tiny, traditional ovens. Afterward, continue hiking for as long as you like before you make your way to a local Berber home where you can relax and take in the stunning scenery. Then join your hosts for dinner and a fun evening of community. Once you’ve gotten your fill of mint tea and conversation, retire to your guest room here for the night.

Enjoy breakfast with your hosts before heading back on the trail. You’ll pass through charming villages as you hike the mule tracks of the Amnougal Valley. As you gain a sense of understanding about this region, soak up the splendor of rural mountain life punctuated by the cycle of seasons. Along the route, you’ll see beautiful pastoral landscapes, herds of sheep and goats in pastures, terraced agricultural fields, examples of traditional irrigation, and lovely fruit trees.

You’ll stop to picnic amid the idyllic setting, then continue to the village of Imi N’Tala. Here, your host Fatima will welcome you with a smile, a fresh cup of mint tea at her house, and a tour of her village to teach you about daily life in Imi N’Tala.

In the late afternoon, you’ll return to Fatima’s home for a hands-on cooking workshop. You’ll learn how to make traditional bread and Tagine. After dinner, you’ll be greeted by a local family who will host you for the night in their guesthouse.

Day 4: Morning Hike – Drive to the Coastal City of Essaouira

Climbing higher in the Atlas Mountains

Enjoy breakfast at your village guesthouse, then say goodbye to your host family before setting back out on the trail. You’ll explore more villages while hiking and enjoying the beautiful scenery of the region.

After your morning hike, you’ll set off the seaside town of Essaouira, which takes you over extensive, rolling plains and through unique forests filled with Argan trees. The oil inside the Argan nut is prized for a variety of uses, particularly in the culinary and cosmetic world. You may have the opportunity to stop at an Argan cooperative to learn more about the product, its applications, and even see the oil extraction process in action. If you visit the trees, you may not be alone, though! High in the tree branches, you may see local goats grazing on the argan fruit. It’s quite a sight!

Once you arrive in Essaouira, relax and enjoy some free time. You can walk the impressive seawalls, discover delights in the Old Medina area, or enjoy the very active fishing harbor. If you’re feeling hungry, linger at the harbor for lunch in one of its great seafood restaurants. You’ll have the rest of the day to relax and explore this charming town; your specialists are happy to give some recommendations for wonderful spots here for dinner.

Take your time to enjoy a delicious breakfast in Essaouira, wandering the quaint town center and relaxing on the coast. The bustling medina here is more laid back and easier to navigate than the one back in Marrakech, so consider doing some shopping before you leave.

Later in the morning, you’ll head back to Marrakech. Keep your eyes out for goats in the nearby Argan trees as you journey back through the rolling plains!

When you arrive in Marrakech, you’ll have the rest of the day and the evening to spend however you like. If you’re inspired to explore local museums, head to the Dar Menebhi Palace, which houses the wonderful Marrakech Museum. Here, you’ll see contemporary art alongside traditional crafts and a weapon collection. Marrakech also boasts a thriving art scene, with a smattering of galleries featuring works by local artists.

Once you’re ready for dinner, tuck into a delicious meal before taking in the buzz of the city’s nightlife.

It’s time to say goodbye to Morocco! Enjoy one last delicious breakfast and take in the bustle of this vibrant city. Depending on your travel schedule, you may have time for some last-minute sightseeing or shopping before you head to the Marrakech Menara Airport for your flight home. 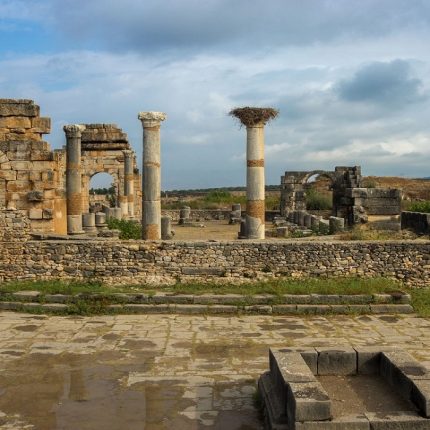 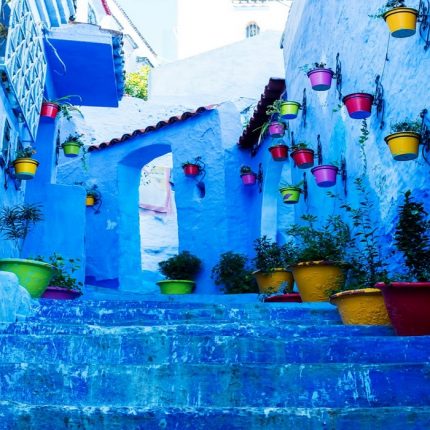 12 Days Tour in Morocco from Casablanca 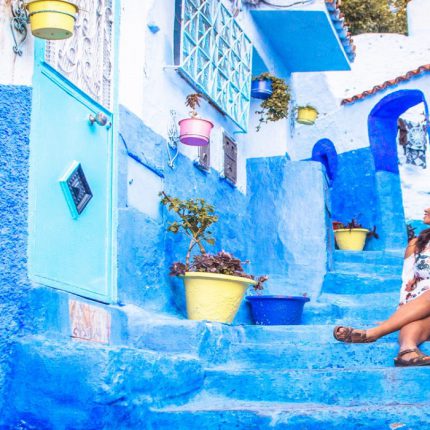 3 Days Travel from Casablanca to Fes via Chefchaouen 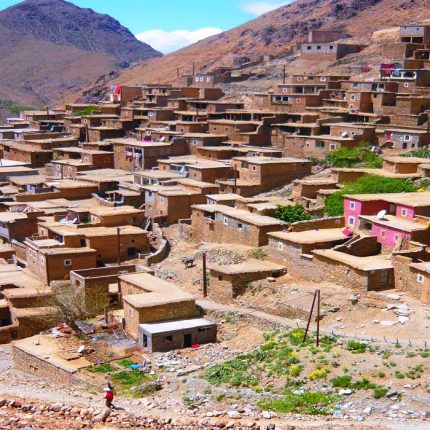 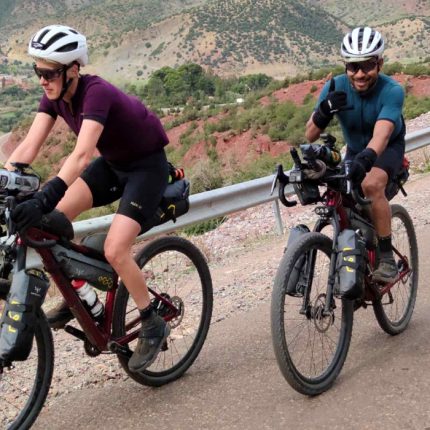 We are an expert and skilled group (Guides, Drivers, Muleteers, Cooks,..) lead by Hamid and Lahcen Idbelaid, two authority mountain and desert local escorts Berber by source and local people to the Imlil area.

Hiking in the atlas Mountains Morocco